Popular internet telephony application Skype’s North American Headquarters sought to set themselves apart from their opponent’s in the Bay area in Palo Alto California. When the project was initiated it was discovered that the site had more to contribute than was originally thought with the hidden high ceilings allowing for an industrial style design, thereby increasing the scope for inventiveness.

The site features various types of adaptive spaces for private meeting and break out areas. The relaxed atmosphere belies the industrious way in which the workers can use the space.

The minimalist approach contrasts the playful way in which the spaces have been finished. This clean uncluttered method provides an environment which encourages concentration and productivity while the creative and sometimes spontaneous spaces stimulates the workers.

The overall effect of the space is one in which people wish to be in thereby increasing the productivity of the workers and improving workplace satisfaction. An outstanding success. 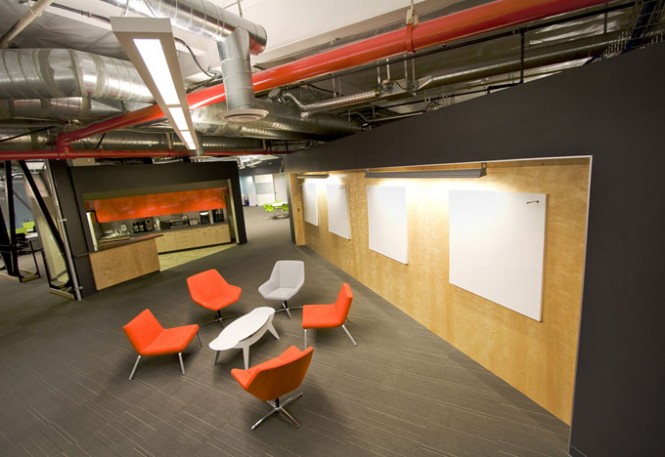 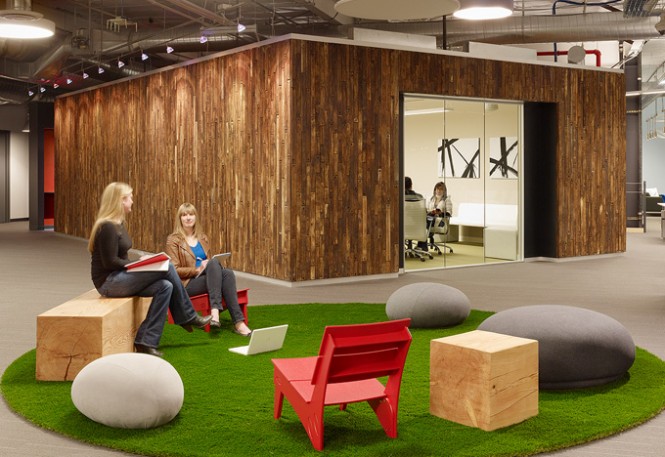 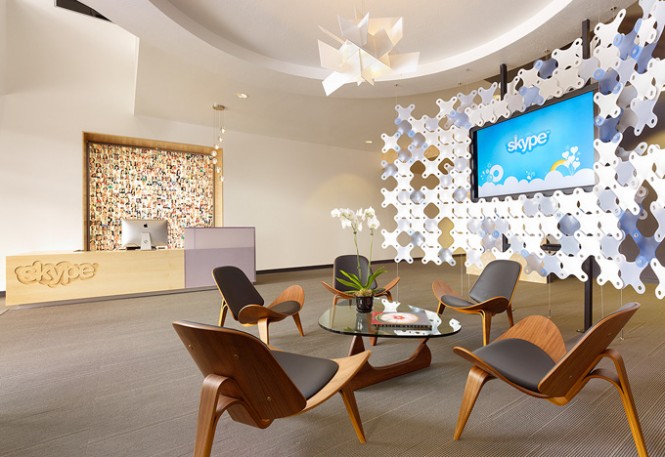 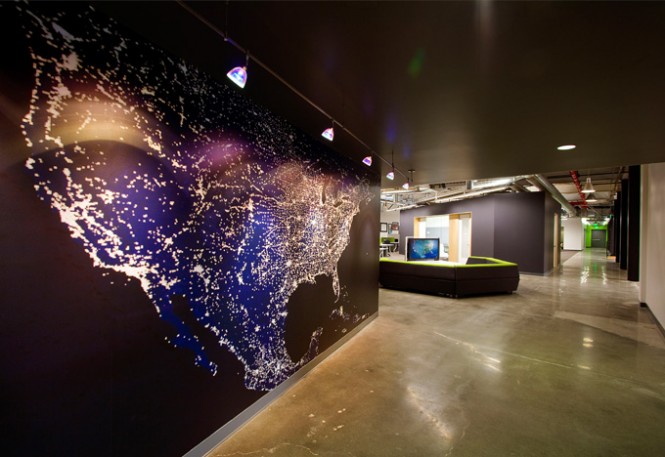 This site uses Akismet to reduce spam. Learn how your comment data is processed.

The basic idea of the site NiceSpace is to bring together all that is new in the interior design ideas world to improve and decorate your living room, bedrooms, bathrooms, kitchen, balconies, gardens ….in a word – the space where you live and work. We would like to give you an information about not just the latest trends, products and tools, but also about classical and traditional styles, antiquities and textiles, that all could inspire you to make your living space beautiful and unique.